Rambling with Bert: A journey through the great outdoors

“Albert Weatherstone Miller was born in 1882 at Miller’s Creek on the hold homestead on the Niagara River. When he was growing up on the banks of the creek across the river from Grand Island, it is said that he explored the lands westward to Lake Erie and found that he had a special way with nature. It appears that he couldn’t get enough of the out-of-doors. It became a life-long pursuit…..”

Any leisure time from his youth on Bert Miller spent roaming the Niagara Peninsula identifying trees, plants and shrubs. He did such a through job of recording botanical discoveries that McMaster University commissioned him tot do a plant survey of the Niagara Peninsula. In time he shipped more than 3,000 specimens, tagged, dried and properly scientifically identified to McMaster. They had chosen the best man for this difficult job. He was founder of the fort Erie Horticultural Society and its first president. He belonged to many naturalist clubs. The Niagara Falls Nature Club honoured him over the years in many ways. He was a botanist, a naturalist who knew all aspects of our natural world including birds. He was a most interesting teacher and speaker. He was a field man who knew the counties Welland, Lincoln and Haldimand probably better than any one of his day. We are proud for our nature club to bear his name – Bert Miller.

Reprinted with permission of the publisher from the Fort Erie Times Review, Saturday, March 19, 1988 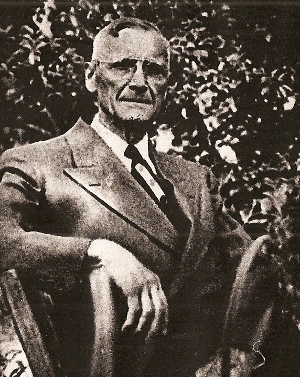